27 Jun 2017 Perspectives on Combating Illegal Killing: The Role of Hunters

Posted at 14:22h in FACE by Intergroup Secretariat

The conference “Perspectives on Combating Illegal Killing: The Role of Hunters”, organised by FACE, the Federation of Associations for Hunting and Conservation of the EU and hosted by MEP Karl-Heinz Florenz at the European Parliament in Brussels, discussed the contribution of hunters in combating illegal killing.

MEP Karl-Heinz Florenz, President of the Intergroup ‘Biodiversity, Hunting, Countryside’ and Chair of the meeting, stated that:

Hunters have an important role to play in tackling illegal killing, through their involvement in enforcement activities, communication and awareness-raising”. He added that: “It’s important to recognise the distinction between illegitimate illegal practices and the legal sustainable use of wild resources”

The meeting acknowledged the valuable role of hunting communities in promoting and encouraging compliance with the law as well as the need to continue to adopt a zero tolerance policy towards illegal killing.

In conclusion, the need for continued efforts in fighting illegal killing was acknowledged as well as the need to recognise that hunting is part of the solution to eradicate illegal killing through greater enforcement, awareness raising and education. 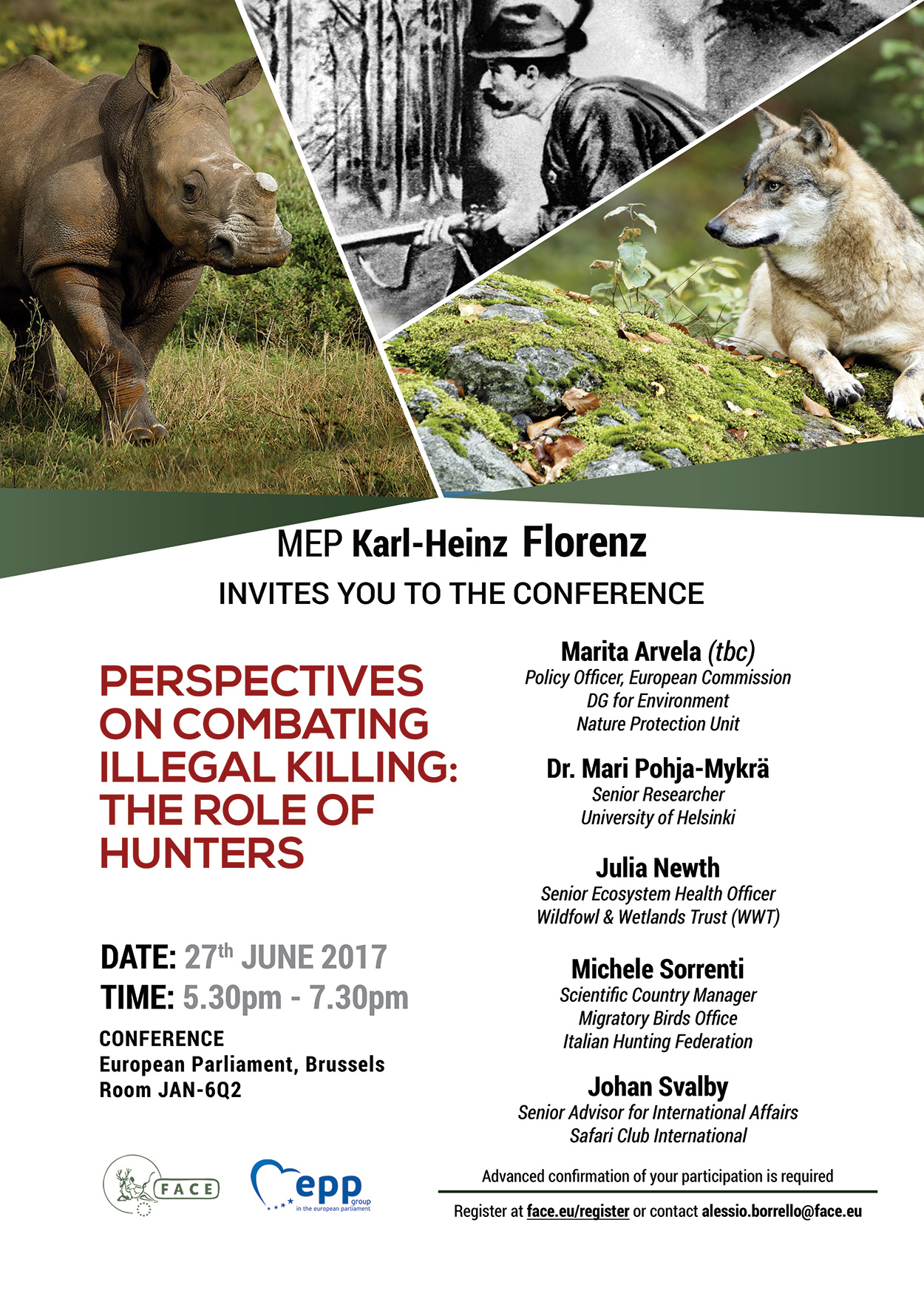